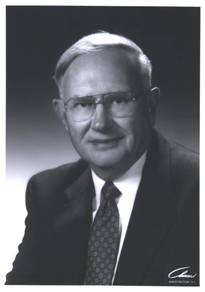 THE DEPARTMENT OF ATMOSPHERIC AND OCEANIC SCIENCE launched The Eugene Rasmusson Lectures in 2011 to honor its distinguished member, Emeritus Research Professor Eugene M. Rasmusson, who passed away on 2015. He joined the department in May 1986. Gene Rasmusson was known for pioneering contributions to climate science, including seminal work in organizing and analyzing atmospheric general circulation data, an effort begun during his graduate studies at MIT under Victor Starr. Gene's analysis of moisture transport and flux-convergence yielded the first residual estimate of evapotranspiration for the North American continent; estimates that stand to this date. Gene Rasmusson was, perhaps, most widely known for his observational description of the evolution of El Nino Southern Oscillation. His characterization of the ocean-atmosphere state in the nascent, mature, and decaying ENSO phase fostered theoretical and numerical modeling of ENSO - an influential mode of interannual variability whose modeling has advanced the accuracy of seasonal climate prediction.

Gene's community leadership (as AMS President) and scientific leadership at the National Research Council (including as CRC Chair) and NOAA has advanced climate monitoring, analysis, and prediction activities. The American Meteorological Society honored him with a named symposium in 2007, and the Department of Atmospheric and Oceanic Science launched a lecture series in 2011 to honor Gene.

The University of Maryland has established The Eugene Rasmusson Lectures Fund to support this annual lecture series. Your charitable contribution can be made here, and is gratefully acknowledged. The Charter Donor Friends Circle begins at the $500 level. Please Donate Now