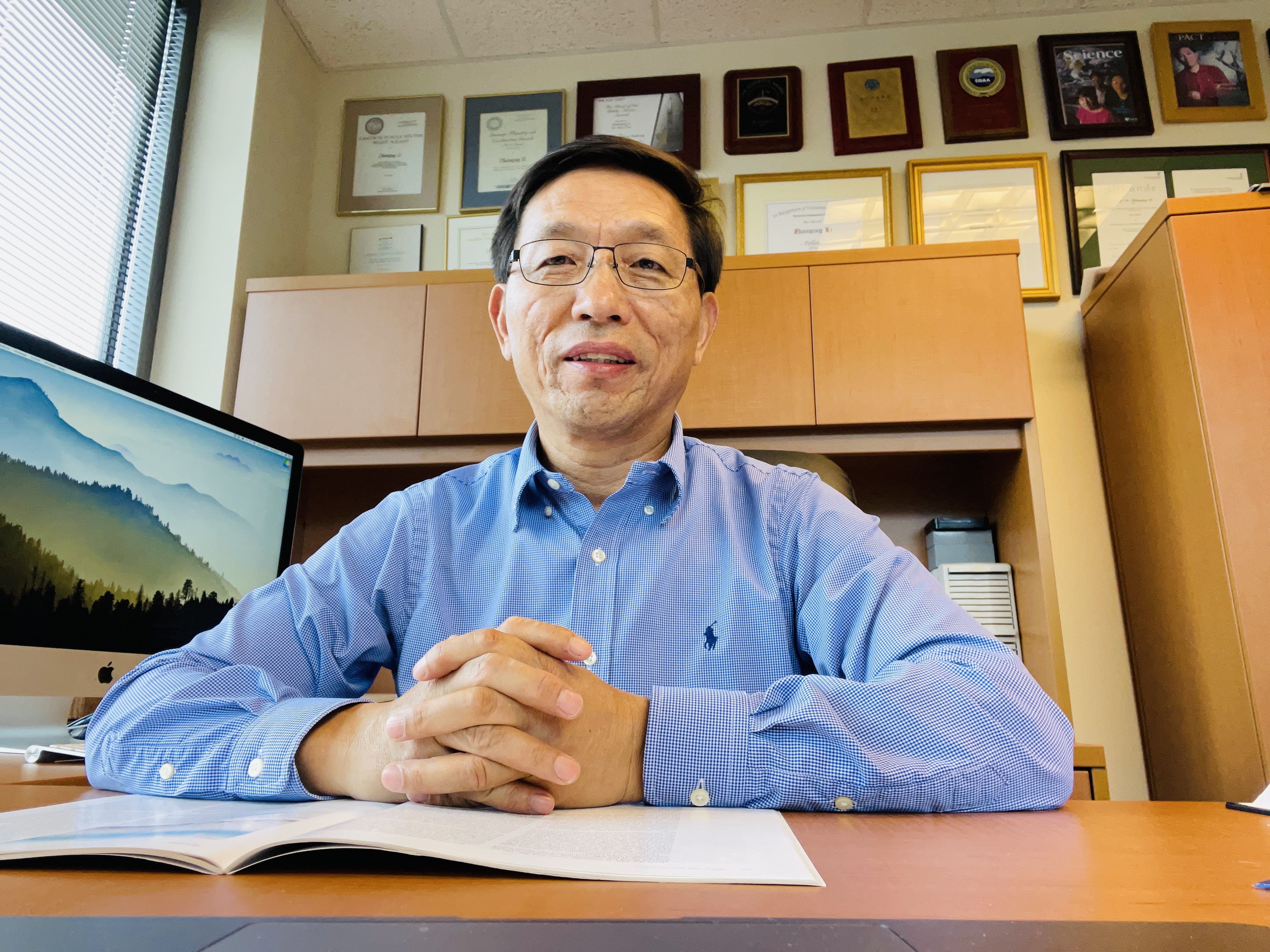 Zhanqing Li of the Department of Atmospheric and Oceanic Science (AOSC) has been named Distinguished University Professor—the highest academic honor bestowed by the University of Maryland (UMD). UMD’s president, along with a committee composed of the provost and seven faculty members—including several Distinguished University Professors—from diverse disciplines select the honorees each year.  They will be honored at the university’s annual Faculty and Staff Convocation on September 14, 2022.

“It is a moment of great pride for AOSC that our esteemed colleague, Zhanqing Li, was named Distinguished University Professor (DUP) yesterday – he is one of only seven across the University this year – and the second in our department after Eugenia Kalnay who received this honor in 2002” said Sumant Nigam, chair of the AOSC.

Li, with a joint appointment in the Earth System Science Interdisciplinary Center, has made major contributions in atmospheric and environmental sciences that have improved our understanding of the Earth’s climate and air quality through remote sensing, experiments and modeling.

Li is a world leader in atmospheric physics, aerosol, cloud, radiation and their impact on climate change and air pollution. One of his discoveries was that aerosols – tiny airborne particles in air and in clouds – play a major role in trapping and reflecting heat and in modulating cloud and precipitation. His work redefined how scientists view the roles of clouds in Earth’s climate, and his models have been used by NASA and others for calculating the global energy budget, monitoring wildfires and air quality.

He is an elected Fellow of the American Geophysical Union (AGU), the American Association for the Advancement of Science and the American Meteorological Society and an Honorary Fellow of the Chinese-American Oceanic and Atmospheric Association. Li also received a Humboldt Research Award and the AGU’s Yoram J. Kaufman Outstanding Research and Unselfish Cooperation Award, among numerous international honors.

During his 20 years tenure at UMD, he has mentored 23 Ph.D. students and 20 postdocs, won $16 million research grants, and published more than 380 peer-reviewed journal articles that have been cited more than 25,000 times. He was named a Highly Cited Researcher by Web of Science in 2020 and 2021, and one of the top-100 environmental scientists in the world and the first at UMD by research.com. Several of his papers have influenced IPCC assessments and he is a contributor to the 2021 report for addressing climate change. He has served as editor of the journals the Journal of Geophysical Research: Atmospheres, and Atmospheric Chemistry and Physics, Advances in Meteorology.

He received his B.S. and M.S. from the Department of Meteorology at China’s Nanjing University of Information Science and Technology in 1983 and 1986, respectively. After graduating with his Ph.D. in 1991 from the Department of Atmospheric and Oceanic Sciences at McGill University, he worked as a Canadian government researcher until 2001 when he joined UMD as a full professor.

Photos at the convocation 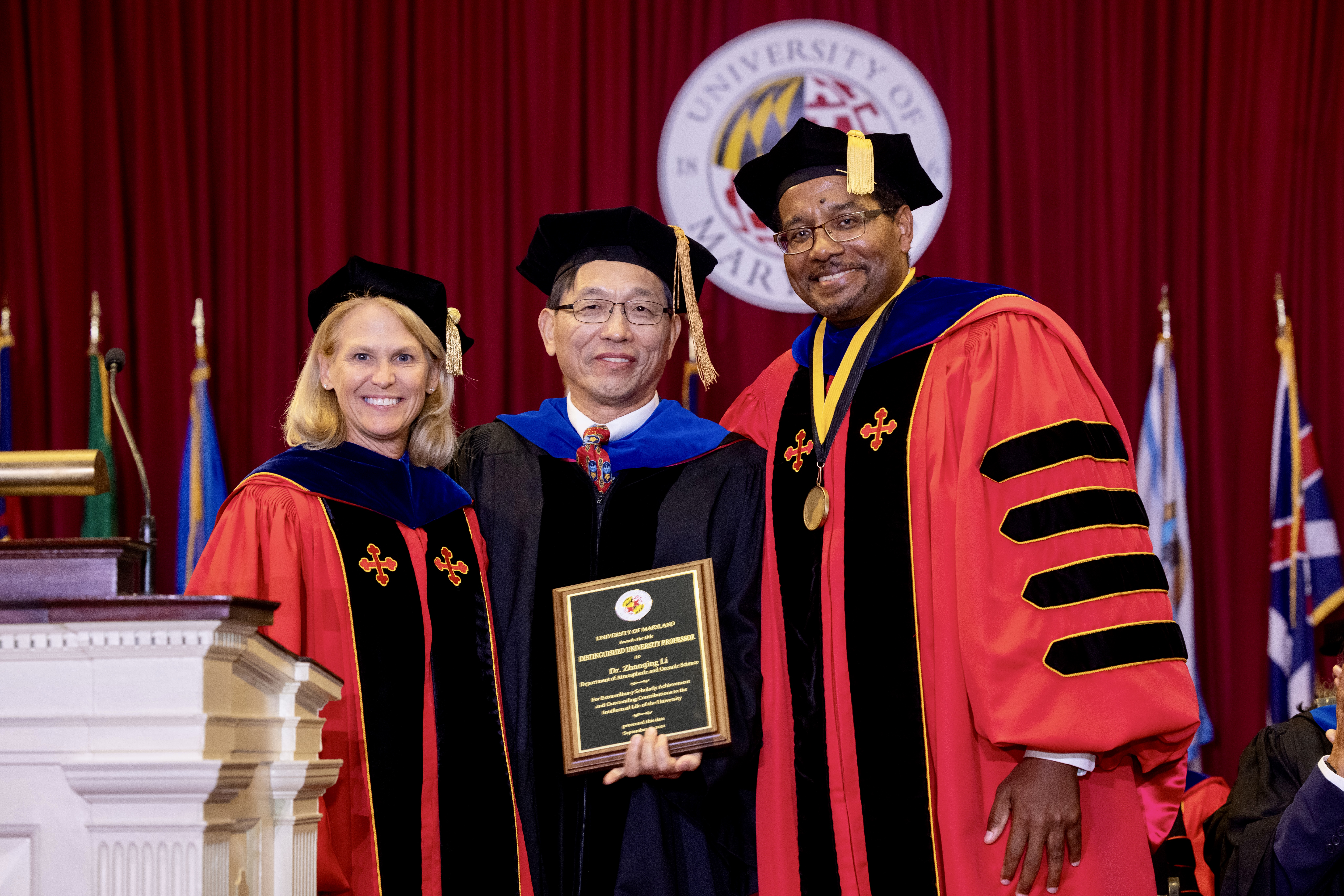 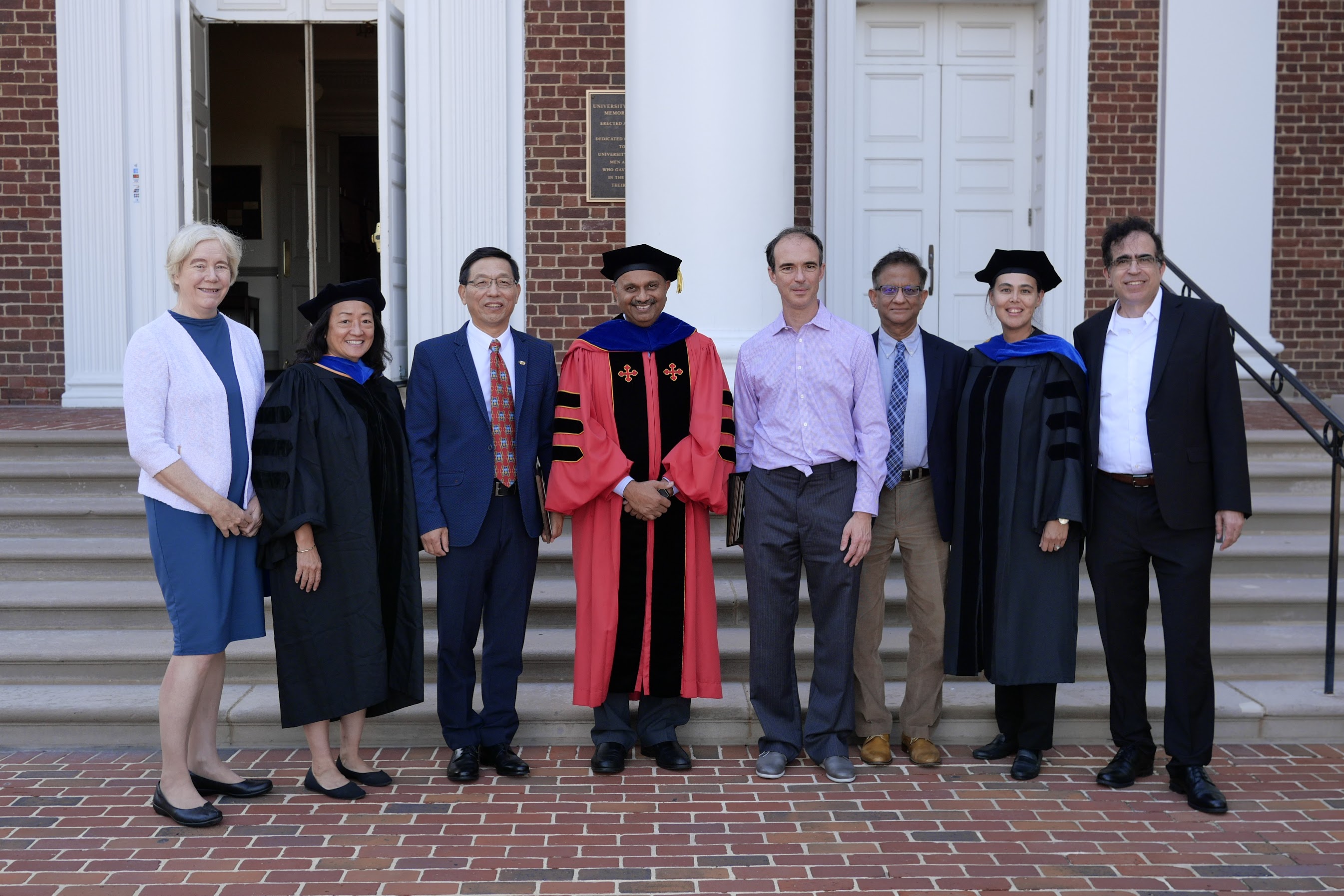 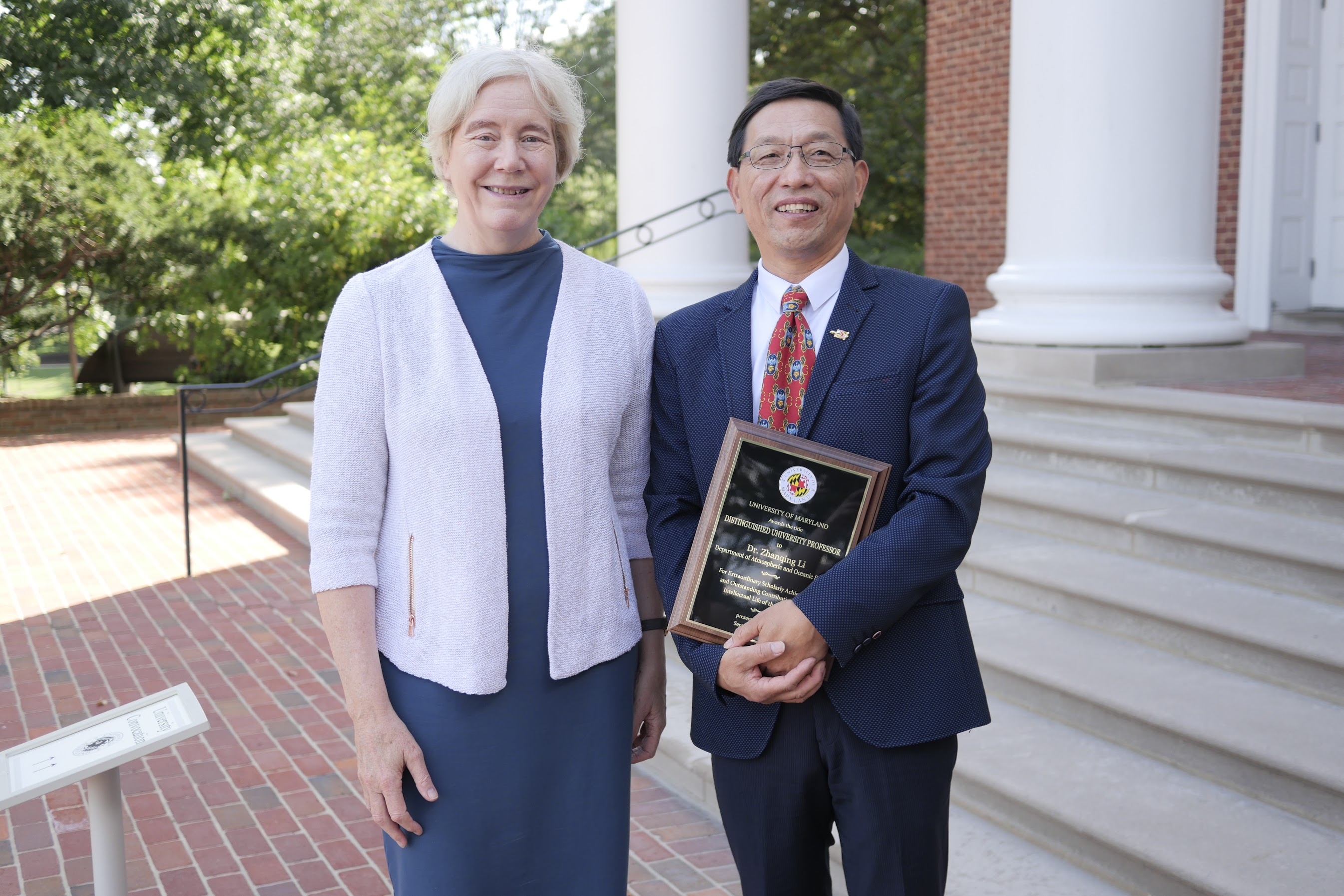 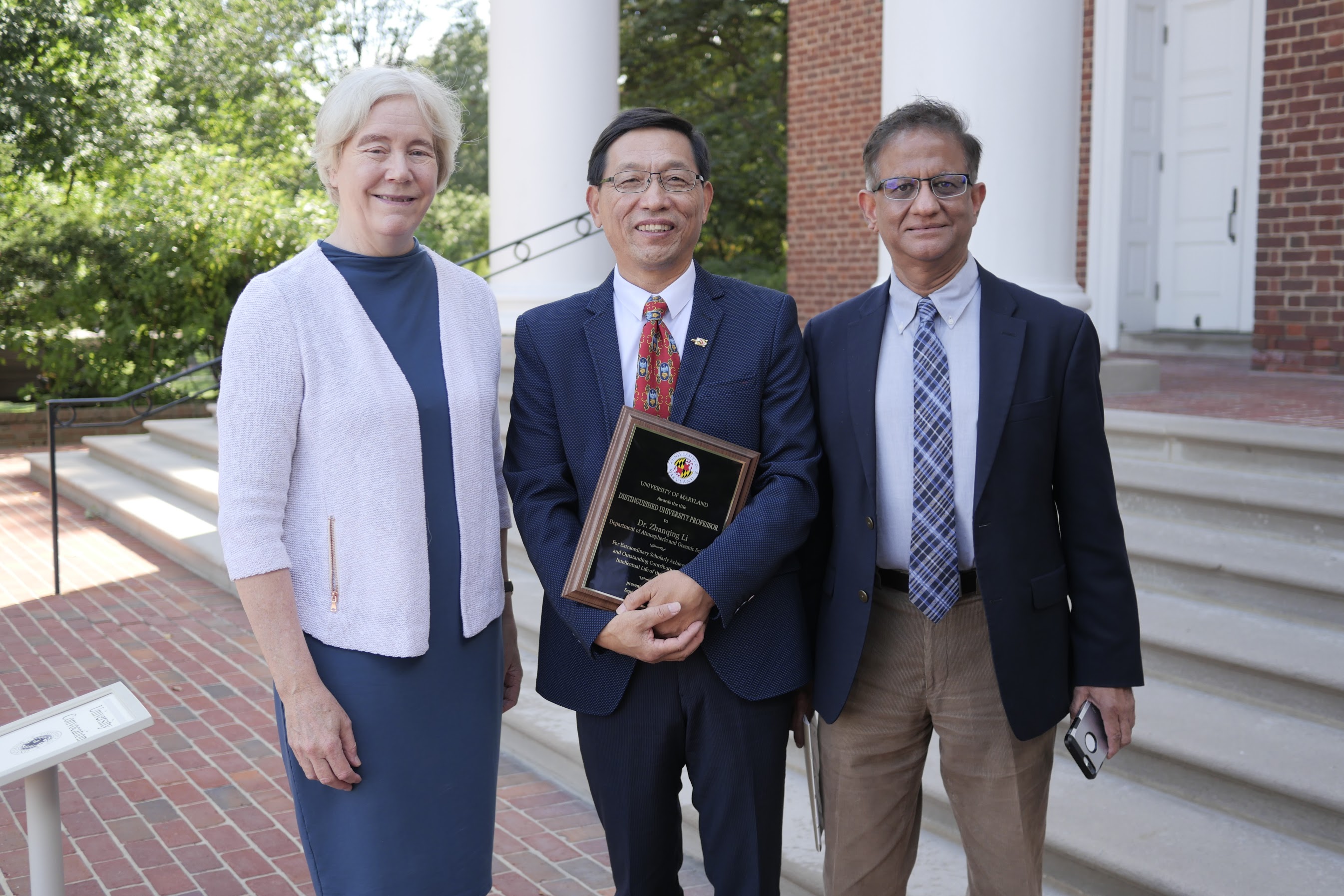 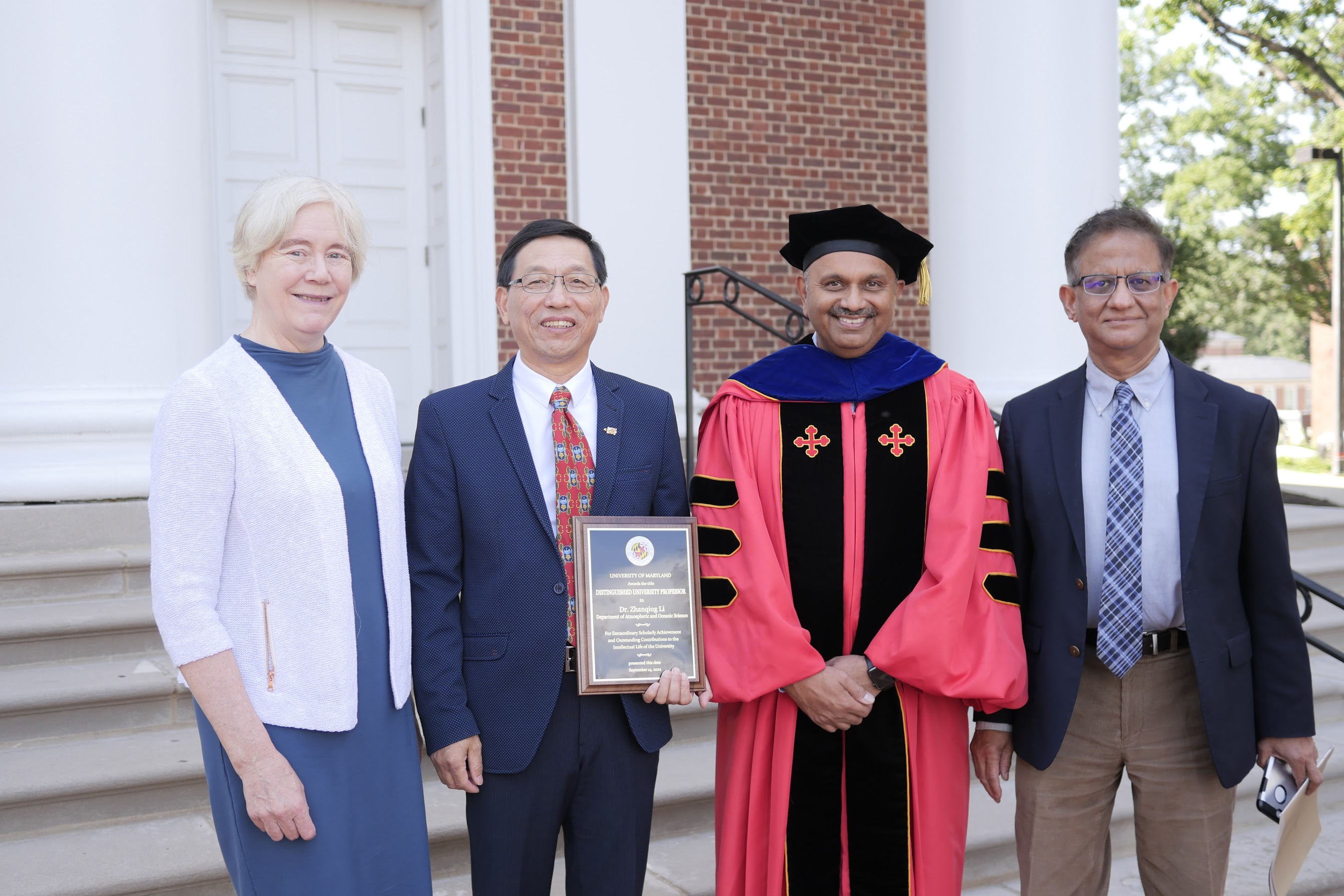